Sorry I’ve been gone so long. I have stories and photos to share, I promise!

But for now I wanted to let you know that my book is available for pre-sale! Squeal! HOW EXCITING!!! 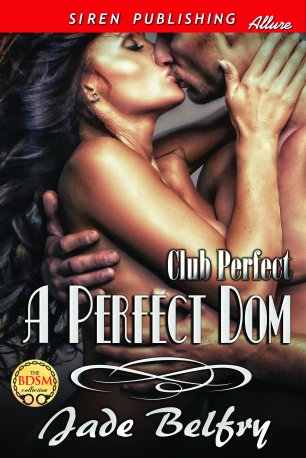 How great is this cover? I’m so lucky!

It’s been a great ride with Siren. I highly recommend them to anyone looking to publish a romantic story.

Suddenly Vincent’s ex is missing and Mia’s ex starts creeping around. They are forced to trade lessons for protection, and both find that they have much bigger problems to face.

When the last button on her sweater was freed, she slipped it over her shoulders, revealing her dark grey lace bra. It was beautiful and far more delicate then he would expect of her lingerie. She unzipped her skirt and pulled it down her legs. He hadn’t known that he was holding his breath until she let it fall to the floor.

His breath came out a little stronger than he would have liked when he saw that she wasn’t just wearing that beautiful bra, but an entire matched set of bra, panties and garters. Her stockings reached midthigh and framed her legs nicely. Mia looked great naked, but now, here in his room and in her lingerie, she looked impossibly beautiful.

She looked up and caught him staring at her body. “Say something Vincent.”

He cleared his throat and tried to control himself. There was nothing he wanted to do more than touch her. As hard as it was, he had to remember Mia was in charge. “Are you going to teach me something new?”

“This isn’t a scene, Vincent.” She smiled sweetly. She looked a little flushed like she had last time in her room at the club. She turned and crawled further up on the bed. He was powerless but to follow her as she moved across the sheets.

She proved this wasn’t a scene by making the first move. She kissed him. This time he swore he could taste the sea shore on her lips. Her mouth was both electric and delicious. When her tongue touched his, he couldn’t help but moan. He hands found her ebony hair and held her to him as he continued to drinking her in.

Her hands found the edge of his shirt and they broke their kiss only long enough for her to pull it over his head. Her hands explored his torso and his lightly haired chest and firm stomach. He would never have washboard abs or monster arms, but his job kept him very fit. It was the only benefit of hand-loading freight that he had ever found.

Those hands of hers pushed him down on the bed. He felt the brushing of her breasts against him as she leaned over him. She broke the kiss to move her lips from his mouth to his neck and then down over his shoulder to his chests and nipples.

“What do you want me to do, Vincent?”

“No it’s whatever you want.” She rubbed his bulge harder. “Take charge, tell me what to do. Do you want me to suck your dick, Vincent?” He nodded, “Then say, please, Mia, suck my big fat dick.”

She gave him a look that was pure sin. “Thank you, Sir.” She stopped rubbing him and started sliding down his zipper with her teeth, he thought he might pass out with how impossibly hard his cock was. She pulled roughly on his jeans and boxers until his cock sprang free.

After stilling a second and keeping his cock in her throat as long as possible, she swirled her tongue around the length of his shaft as she moved her mouth back up to the tip again. He saw that tongue of hers as it licked over the crown again. Going back down on him she increased the suction of her erotic kiss, and the speed on which her lips came back up. He held back her hair to keep it out of the way and not to block the view. She pulled off his dick for a moment to catch her breath.

Her lips and tongue played with the fold of skin on the underside of his cock where his foreskin had once been. It felt amazing and created a distinct tingle in his balls. Shit, he was close. He tried to signal to her that he was about to come, but she just shook her head and kept licking and sliding her lips over him. She even used her teeth a little this time.

He thought she had the same idea when she straddled him. Instead she used her hard-working and much-appreciated hands to pull him into a seated position. He wrapped his arms around her to hold himself up. He felt a little lightheaded and dizzy still from the recent orgasm.

Instead of fucking him, she kissed him. He could taste himself in her mouth and didn’t care. It was pretty sexy having a woman service you and then taste of you.

She ducked her head shyly. “You don’t have to thank me, Vincent. I really wanted to do that.”